Here is the most awaited list of 2017 Animation movies list. You can find the top 10 upcoming animation movies which are going to be fun to watch in 2017. The long awaited sequels like Despicable Me 3, Croods 2, Cars 3 are all set be released in 2017. It's time to put a little on your calender, so you don't miss out on your favourite animation movies. The kids favourite minions(Despicable me 3) is all set to release in 2017, with an interesting villian. Guess we will have to wait for the movie to release, to check out the fascinating story for this sequel. With Legos, we have two movie releasing in 2017, one is the The LEGO Batman Movie and the other The LEGO Ninjago Movie. Here is the most awaited list of 2017 Animation movies list,

Release Date: December 22nd, 2017
Studio: DreamWorks Animation
Genre: Animation, Adventure, Comedy
A sequel to the 2013 hit animated movie The Croods, which follows a family of cavemen as they hunt for a new house in the midst of their neighbors all dying off. The film stars Ryan Reynolds, Emma Stone, Nicholas Cage, who have offered their voices for the characters. Croods 2 - Animation Movies List 2017
Movie Trailer Link : [ Animation Movies 2017 ]

Release Date: 2017
Studio: DreamWorks Animation
Genre: Animation, family
Story follows monkey brothers Raj and Deepu, the latter of whom is younger. When Raj accidentally releases the ten-headed demon king Ravana from his enchanted sleep, the demon kidnaps Bollywood superstar Chandani. The unlikely sibling heroes then team up with Chandani's pet monkey Pinki and embark on a thrilling journey to rescue Chandani, save their city and defeat Ravana. The date of release is yet to be decided. 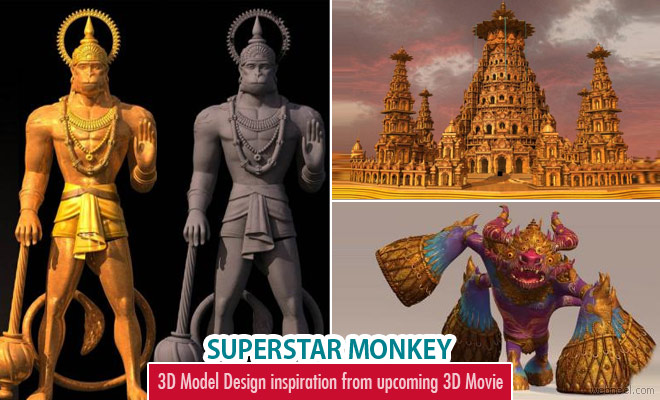 Genre: Animation, Action, Comedy
In this big-screen Ninjago adventure, the battle for Ninjago City calls to action young Lloyd, aka the Green Ninja, along with his friends, who are all secret warriors and LEGO Master Builders. Led by kung fu master Wu, as wise-cracking as he is wise, they must defeat evil warlord Garmadon, the Worst Guy Ever, who also happens to be Lloyd’s dad. Pitting mech against mech and father against son, the epic showdown will test this fierce but undisciplined team of modern-day ninjas who must learn to check their egos and pull together to unleash their true power.

Release Date: 22 November 2017 (USA)
Studio: Pixar Animation Studios, Walt Disney Pictures
Genre: Animation, Adventure, Family
The discovery of a generations-old mystery leads to a most extraordinary and surprising family reunion. This movie is inspired after the mexican holiday, Día de Muertos. co follows a 12-year-old boy named Miguel who sets off a chain of events relating to a century-old mystery.

Release Date: 6 October 2017 (USA)
Studio: Allspark Pictures, Hasbro Studios
Genre: Animation, Adventure, Comedy
When a dark force threatens ponyville and the Mane 6, they go on a journey to the end of equestria to save their beloved home and they meet new friends and dangerous challenges along the way.

The Story of Ferdinand

Release Date: 22 December 2017 (USA)
Studio: Blue Sky Studios, Twentieth Century Fox Animation
Genre: Animation, Adventure, Comedy
Ferdinand, a little bull, prefers sitting quietly under a cork tree just smelling the flowers versus jumping around, snorting, and butting heads with other bulls. As Ferdinand grows big and strong, his temperament remains mellow, but one day five men come to choose the "biggest, fastest, roughest bull" for the bullfights in Madrid and Ferdinand is mistakenly chosen. Based on the classic 1936 children's book by Munro Leaf.

Release Date: March 31, 2017 (USA)
Studio: DreamWorks Animation
Genre: Animation
A suit-wearing briefcase-carrying baby pairs up with his seven-year old brother to stop the dastardly plot of the CEO of Puppy Co. It's directed by Tom McGrath and stars Steve Buscemi, Alec Baldwin, Lisa Kudrow . This movie is also based on a picture book which goes by the same name.
Movie Trailer Link : [ Animation Movies 2017 ]