The Spongebob Movie: Sponge Out of Water

Release Date: July 10th, 2015
Studio: Universal Pictures
Genre: Animation, Comedy, Family
Gru is recruited by an organization to stop Scarlet Overkill, a super-villain who, alongside her inventor husband Herb, hatches a plot to take over the world.

Release Date: June 19th, 2015
Studio: Disney Pixar
Genre: Animation, Comedy, Fantasy
Growing up can be a bumpy road, and it's no exception for Riley, who is uprooted from her Midwest life when her father starts a new job in San Francisco. Like all of us, Riley is guided by her emotions – Joy (Amy Poehler), Fear (Bill Hader), Anger (Lewis Black), Disgust (Mindy Kaling) and Sadness (Phyllis Smith). The emotions live in Headquarters, the control center inside Riley’s mind, where they help advise her through everyday life. As Riley and her emotions struggle to adjust to a new life in San Francisco, turmoil ensues in Headquarters. Although Joy, Riley's main and most important emotion, tries to keep things positive, the emotions conflict on how best to navigate a new city, house and school.

Release Date: November 6th, 2015
Studio: 20th Century Fox
Genre: Animation, Adventure, Comedy, Family
For the first time ever, Snoopy, Charlie Brown and the rest of the gang we know and love from Charles Schulz's timeless "Peanuts" comic strip will be making their big-screen debut; like they've never been seen before in a CG-Animated Feature film in 3D. 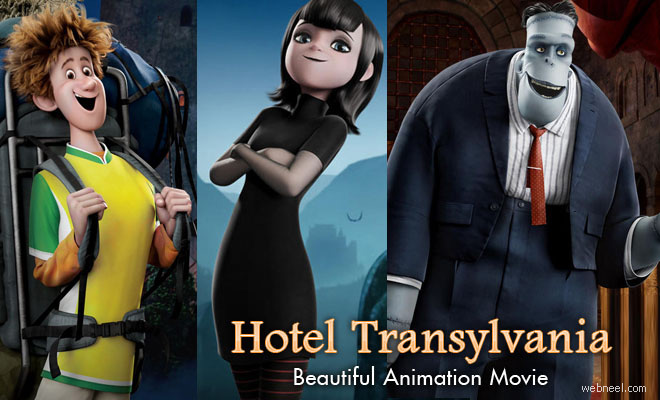 Release Date: 2015
Studio: Studio Canal
Genre: Animation, Adventure, Family
From Aardman, the creators of Wallace &Gromit and Chicken Run, comes the highly anticipated big screen debut of Shaun the Sheep. When Shaun decides to take the day off and have some fun, he gets a little more action than he baa-rgained for! Shaun’s mischief accidentally causes the Farmer to be taken away from the farm, so it’s up to Shaun and the flock to travel to the Big City to rescue him. Will Shaun find the Farmer in the strange and unfamiliar world of the City before he’s lost forever?

Release Date: November 25 th, 2015
Studio: Pixar
Genre: Animation, Comedy, Family, Fantasy
The Good Dinosaur is an upcoming American 3D computer-animated comedy film produced by Pixar Animation Studios and released by Walt Disney Pictures. It is scheduled to be released on November 25, 2015. It is the studio's sixteenth feature film. Bob Peterson, who came up with the idea for the story, directed The Good Dinosauruntil August 2013, when he was removed from the film.On October 21, 2014, Peter Sohn (who had previously been co-director) was announced as the new director of The Good Dinosaur.

Alvin and the Chipmunks 4

Release Date: December 25th, 2015
Studio: 20 th Century Fox
Genre: Animation, Comedy, Family
In June 2013, 20th Century Fox announced that a fourth installment, Alvin and the Chipmunks 4, would be released on December 11, 2015. In August 2014, Randi Mayem Singer signed on to write the fourth installment. On December 18, 2014, it was announced that Walt Becker signed on to direct and that the film would be released on December 23, 2015.

Asterix: The Land of the Gods

Release Date: 2015
Studio:
Genre: Animation, Adventure, Comedy
Julius Caesar unveils his latest plan to get rid of those indomitable Gauls once and for all. As his army has not been able to crush “the last pocket of resistance”, he decides to try a stealth invasion: civilization delivered to the village gates! He builds a new Rome-The Land of the Gods-around Asterix’s village, pressuring the Gauls to assimilate or vanish. Despite Asterix and Obelix’s plans to stop the construction work, the buildings quickly rise and the Roman citizens start to peacefully invade their surroundings, bringing chaos to Asterix’s village. Could this finally mean victory for Caesar?