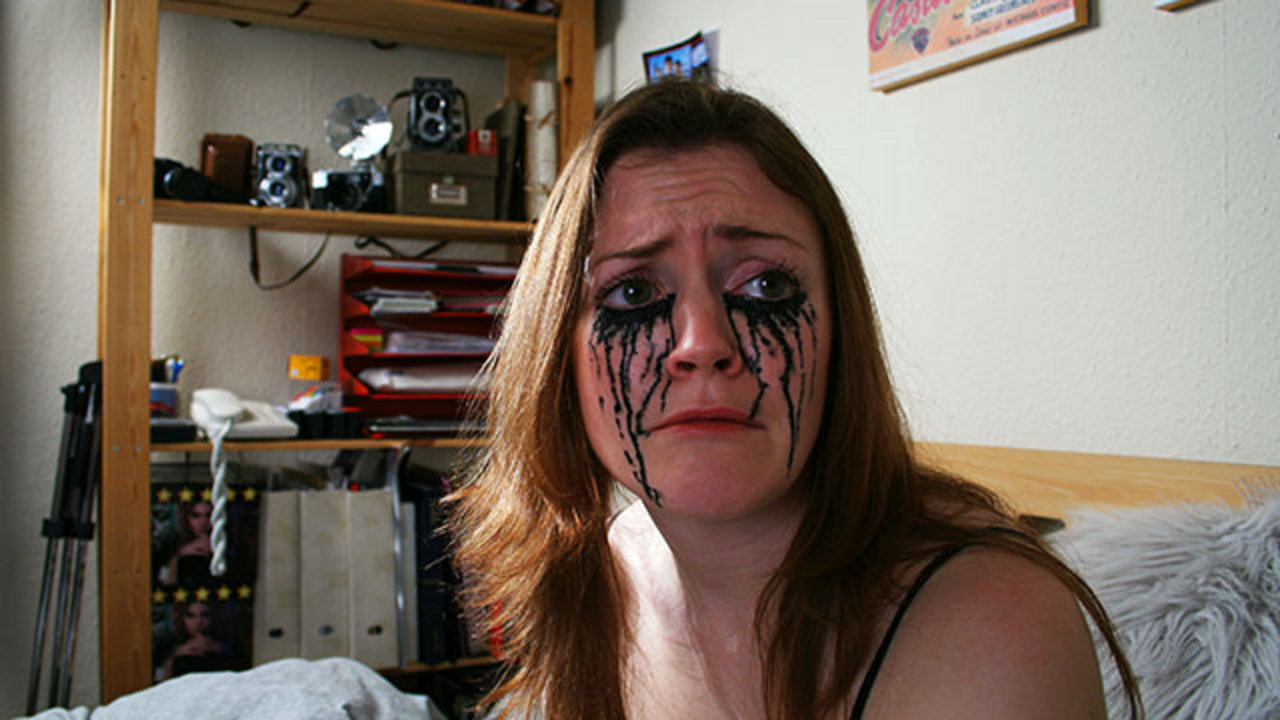 Title - "Ten Thousand Pictures of You" - by Robin King
An exhilarating rollercoaster ride through the animated pictures of Sarah's world, as she gets revenge on the man who broke her heart!

This pixilation (stop-motion animation using real people) was made for Screen South as part of the UK Film Council's Digital Shorts scheme. As much as possible, it was made 'in camera' without digital superimposure, using thousands of printed materials.

In answer to some of the questions below and others I've been frequently asked:

The whole film took about a year: roughly three months each for development, prep, shoot and post - although due to the nature of the film, part of the post bled into the shoot.

The programs I used were Photoshop, Premiere 6.5 and some bespoke programs I coded myself (a 3D animatic planning program and another to smooth out some of the tracking shots). To be honest my machine and the software weren't up to what I needed from them, and I would have a much better time of it now, with my macbookpro, FCP and a tablet... I used a Canon Eos 350D Digital SLR to shoot, and took roughly 26,000 photos overall.