Diwali is one of the happiest holidays in INDIA and Nepal with significant preparations. Diwali 2020 falls on Saturday, 14 November 2020. Deepavali is also known as crackers festival, festival of lights and so on. It's a gazetted holiday and this year Saturday, 14 November has been declared as holiday.

On the eve of Diwali, houses are lit with clay lamps and floors decorated with colourful Diwali rangoli to welcome goddess Lakshmi into the household. Poojas are performed in the evening to goddess Lakshmi to seek her divine blessings for good health and wealth. Diwali is a government holiday and people wear new clothes and share Diwali sweets with each other. In the evening a colourful display of crackers are burst.

Why do we celebrate Diwali?


There is another story which says that Lord Krishna's wife Sathyabhama was the one who eliminated Narakasur. According to the myth, Narakasur could only be killed by his mother Bhudevi and as Satyabhama was an incarnation of the same Bhudevi, she was the only one who could him. Before death, however, Narakasur realized his mistake and requested a boon from Satyabhama that everyone should celebrate his death with colorful light. To commemorate his death, the event is celebrated in some parts of India as Naraka Chaturdasi, two days before Diwali day.

Victorious Lord Ram : According to “The Ramayana”, Lord Ram, Sita and Lakshman returned back to Ayodhya after avenging Ravana in Lanka and it was on an Amavasya(no moon). Sita was kidnapped by King Ravana while they were in exile in the forest. Lord Ram, alongwith many monkey soldiers, waged a war against Ravana and rescued his queen.
Diwali ram lakshman sita

Jains : MahavirTirthankar, considered to be the founder of modern Jainism also attained his nirvana on Diwali day.For Jains, Diwali commemorates the enlightenment of VardhamanaMahavira(the twenty-fourth and last Tirthankaras of the Jains and the founder of modern Jainism) which is said to have occurred on Oct. 15, 527 B.C. This is one more reason to engage in Diwali celebrations for pious Jains and other than the purpose of commemoration, the festival stands for the celebration of the emancipation of human spirit from earthly desires.

Goddess Lakshmi: It was on the day of Diwali, Goddess Lakshmi was rescued from a prison by the fifth incarnation of Vishnu in Vaman avatar. King Mahabali, was a powerful demon king who ruled the earth. Bali was invincible and even devas failed to defeat him in battles. Lord Vishnu disguised himself as a short Brahmin and approached Bali for some charity. The righteous and benevolent King couldn't refuse the Brahmin and was tricked into giving up his kingship and wealth (of which Lakshmi is said to be the Goddess). Diwali marks this overcoming of Mahabali by Lord Vishnu. This is the reason of worshipping Goddess Lakshmi on Diwali day. In Kerala, it’s celebrated as Onam in the month of August. God vishnu with lakshmi

Return of Pandavas : According to the epic “Mahabharatha”. the return of the pandavas after 12 years of vanvas is celebrated as Diwali/Deepavali. During a gambling game, the Pandavas lost the game and were banished to the forest for 12 years. People who loved the pandavas, lit up earthen clay lamps to welcome the Pandavas back home.

Lakshmi goddess Birthday: Goddess Lakshmi is said to have incarnated from the deep ocean on Diwali day. In the scriptures, it’s known that the gods were mortal at one point of time, to attain immortality, they had to churn the ocean to seek the nectar of immortality, which is known as samudra-manthan. During the Amavasya night, goddess Lakshmi, rose from the sea. She was then married to Lord Vishnu and to celebrate the occasion, many lamps were lit, make the skies luminant.

Poojas are one of the most important part of any traditional hindu home. Diwali Pooja is usually performed to invite goddess Lakshmi and bless the people with good health, wealth and prosperity. Diwali Pooja is celebrated according to the custom and culture in various places.
During the Lakshmi Pooja, idol of goddess Lakshmi is placed on a mantel and devotional songs are sung in praise of her. Clay diyas are lit up to ward off the evil spirits and many sweets are given as offerings to the goddess. In the villages, cows are adorned with flowers and worshipped on Diwali.
Diwali lakshmi pooja Diwali lakshmi surendra sajwan Diwali lanten by pallab seth Diwali festival lights Diwali festival by jikesh kannan Diwali lights by rathan rajendran

The Tradition of Diwali Rangoli

Diwali Rangoli is said have originated from Maharashtra, where it slowly dispersed into the other parts of India. Diwali rangoli is known by many names throughout India. It is known as Mandana in Rajasthan, Kolam in South India,  Chowkpurana in Northern India, Aripana  in Bihar and many more.  Diwali rangoli is a traditional art form which is used to decorate the floors with colourful sand on the occasion of the festival.
50 Best and Easy Rangoli Designs for Diwali Festival 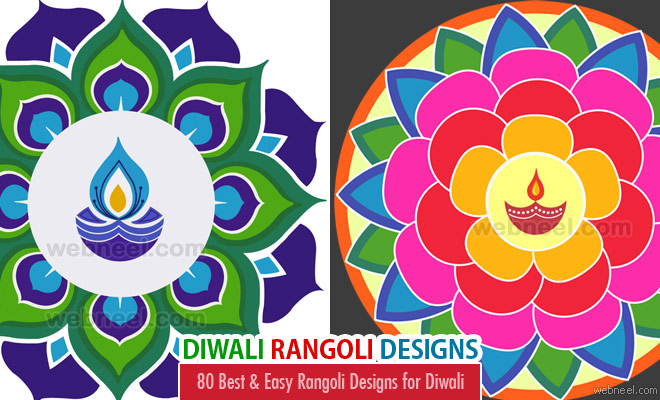 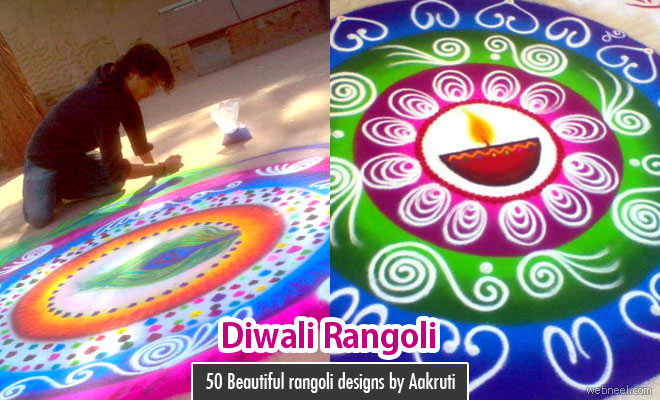 The tradition of burning crackers

There are two different stories behind the tradition of burning crackers. In Northern India, it’s believed that Lord Ram after his 14 years exile in the forest, returns back to Ayodhya and people normally burst crackers on Amavasya to welcome their king.
In South India, it’s celebrated to mark the death of an asuran “Narakasura”.  Before his death “Narakasura” requested a boon that the people on earth should celebrate with great pomp and show to mark the significance of his death.

Diwali is celebrated with a lot of lights and lamps. Share this opportunity to wish your loved ones and friends using these Diwali greeting cards. Celebrate Diwali with these beautiful collections of Diwali greetings cards to choose from.
50 Beautiful Diwali Greeting cards Designs for you 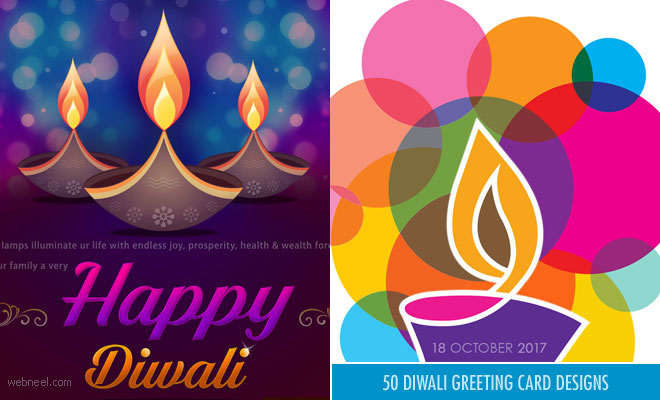 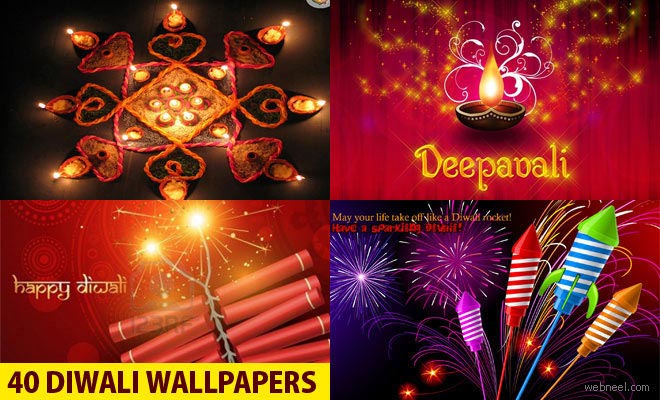 Not sure how to wish your loved ones during this Diwali? Don’t worry, we have an awesome collection of Diwali messages which can be used to create your own special greeting cards. You can print your own cards online using these Diwali messages.

May millions of lamps illuminate ur life
with endless joy, prosperity, health & wealth forever
Wishing u and ur family a very HAPPY DIWALI !